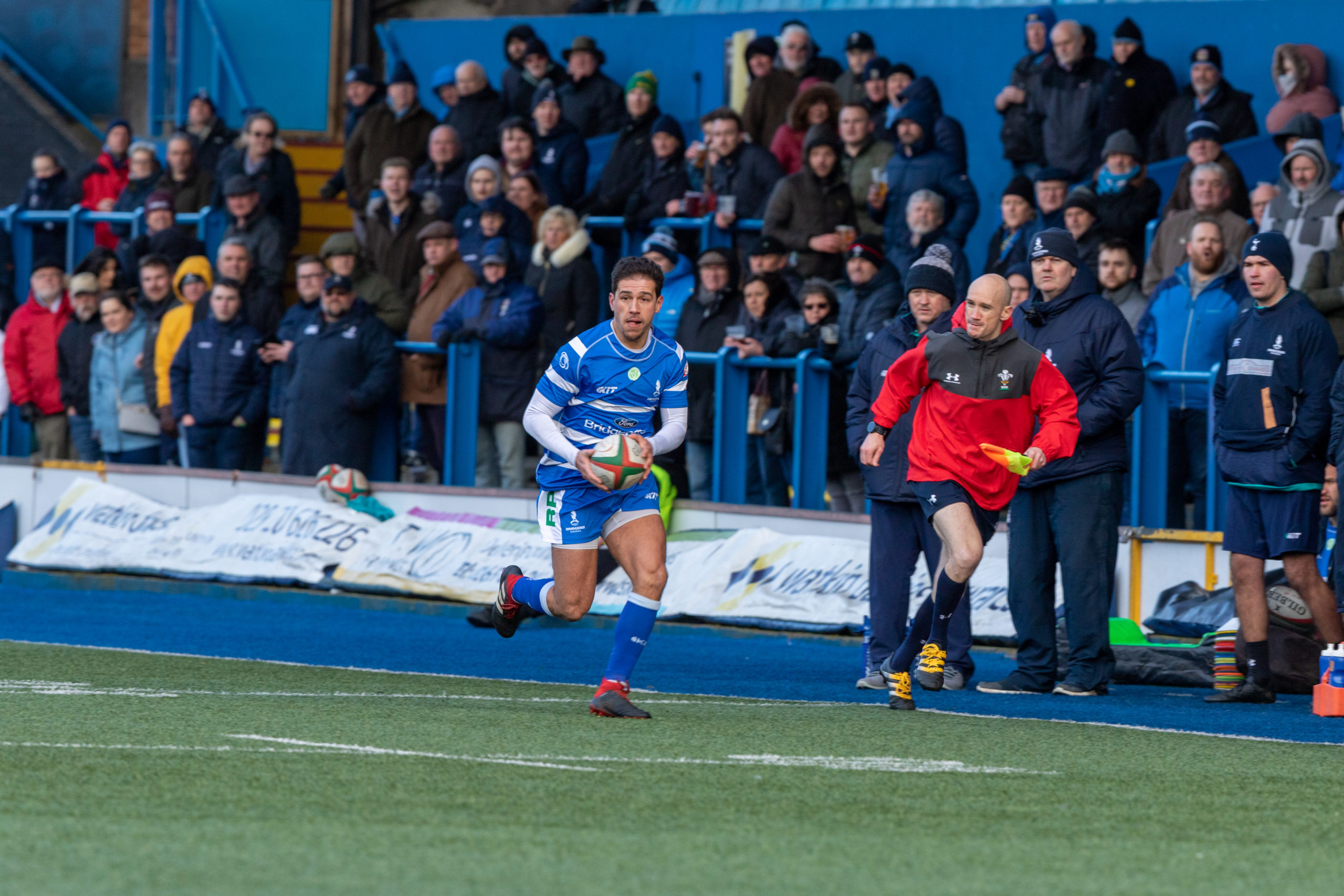 Bridgend Ravens fell to a sixth consecutive league defeat after losing 41 – 12 to table toppers Cardiff RFC at the Arms Park.

Playing against the wind in the first half Cardiff started the game with a quick tempo and took a deserved lead in the 10th minute when nice hands from Full Back Edd Howley let Teri Gee cross over the line.

In the 20th minute Cardiff worked hard to enter the visitors 22. After a turnover from the Ravens Pack, Jamie Murphy’s kick was charged down and Jacob Chilcott fumbled trying to gather. From the resulting scrum Tom Habberfield passed to winger James Beal who scored in the corner on his 50th appearance for the Blue and Blacks.

Cardiff grabbed their third of the half when Howley, who caused all sorts of problems for the Ravens back line in defence, broke through from his own 22 and passed to Habberfield who scored under the posts.

The home side continued the second half as they finished the first, Ravens failed to gather the restart and give Cardiff a penalty to kick to the corner. Replacement Hooker Ethan Lewis powered over from close range for the bonus point score.

The visitors improved after the break, their hard work resulted in Cardiff back row Gwilym Bradley being sent to the sin-bin after committing numerous infringements at the break down. Quick thinking from Murphy resulted in Prop Gheorge Gaijon going over the line after making a 30-metre break earlier in the play.

Bridgend fans thought they were bound to get their second when Tyler Williams went down the wing untouched, only for the referee to pull him back for a forward pass.

The visitors did get their second try 10 minutes from time when Cardiff Winger Gee’s defensive blunder from a Tyler Williams kick gave Connor Tantum the chance to pounce on the ball over the try line for the Ravens.

Two minutes from time the hosts grabbed their fifth try when Joe Scrivens’ no look pass put Bradley in to score the final try of the match.

Cardiff host RGC in two weeks’ time in their next fixture, while Bridgend host Camarthen next Saturday.