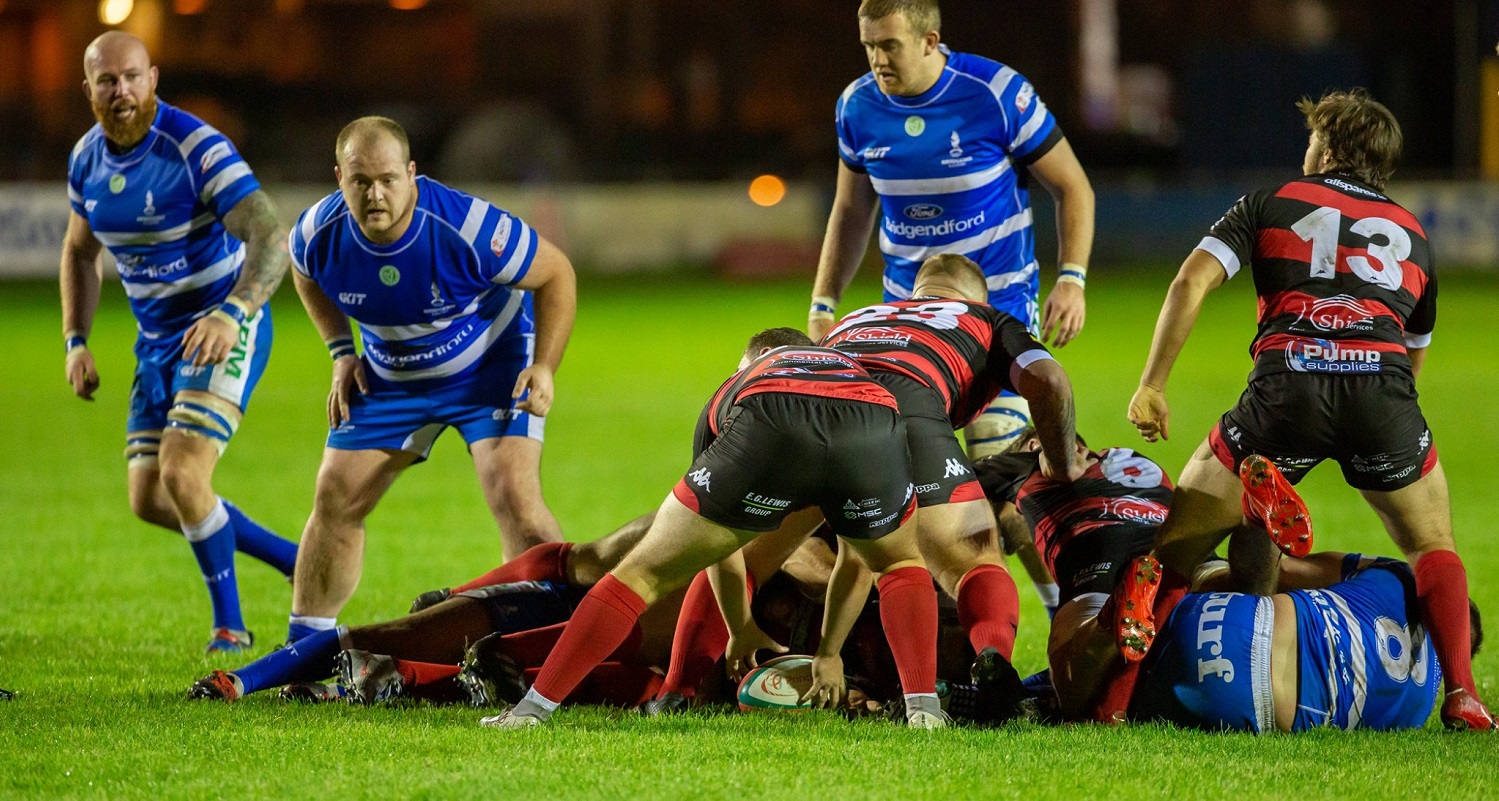 Posted at 15:20h in 2019/20 Website News by aled
It was an emotional evening at the Morganstone Brewery Field on Friday evening, and few summed up Bridgend’s efforts more than Man of the Match, Ben Mayers Davies.
It was a performance full of heart from Bridgend’s new boy on his competitive debut and at 35 years old, he’s retained the passion and enthusiasm for the game which saw him play a huge role in a display which almost held on for a victory that few would have denied Bridgend deserved.

‘It felt great to actually be out there playing. I don’t think anybody actually enjoys pre season – it’s week after week with no reward on a Saturday. It was almost the absolutely perfect start too, for a number of reasons.

It’s been a relatively smooth transition to Bridgend to be fair. The boys have been very welcoming and the environment is relaxed yet focussed and ambitious. The Morganstone Brewery Field is very comparable to the Talbot Athletic Ground in a number of ways; good facilities, nice wide, good quality pitch and same passionate fans. It doesn’t feel too dissimilar.

Obviously it was a lovely feeling to pick up the Bridgend Ravens Supporters Man of the Match Award – I would have preferred the win mind you! There were a number of other boys who really were just as worthy; Gareth Harvey (as per) and Andy Evans, who was instrumental in both our tries.

Beddau Saturday is really useful outing. Without being arrogant, I am confident of us taking the spoils. There’s an important decision for the coaches to make; whether to stick with a similar side or rotate. We don’t have a game for a few weeks after this which might influence that.

From a personal point of view, I want to remain injury free all season and be in that match day 23 most weeks. When I joined Bridgend, I just wanted to get back to enjoying rugby, which I did on Friday – I think we all did. The new coaches, new approaches to man management, new attitudes and new challenges have all been conducive to re-igniting my enthusiasm somewhat. My love for competing is still there, and I want to feel like I’m adding something, that I have a purpose. It’s validating.

As a team, I want us to bring the same intensity and passion as Friday to every game. It’s going well, but we’re only 7-8 weeks in – in another 6 weeks, we’ll be in a much better place again. Like it or not, I think we’re the underdogs for most games this year, which is perfect. There’s no pressure on us and we’ll make sure we turn up firing every week. If we do, we’ll finish mid table, comfortably clear of any relegation battle. I’m not concerned about that this year.’