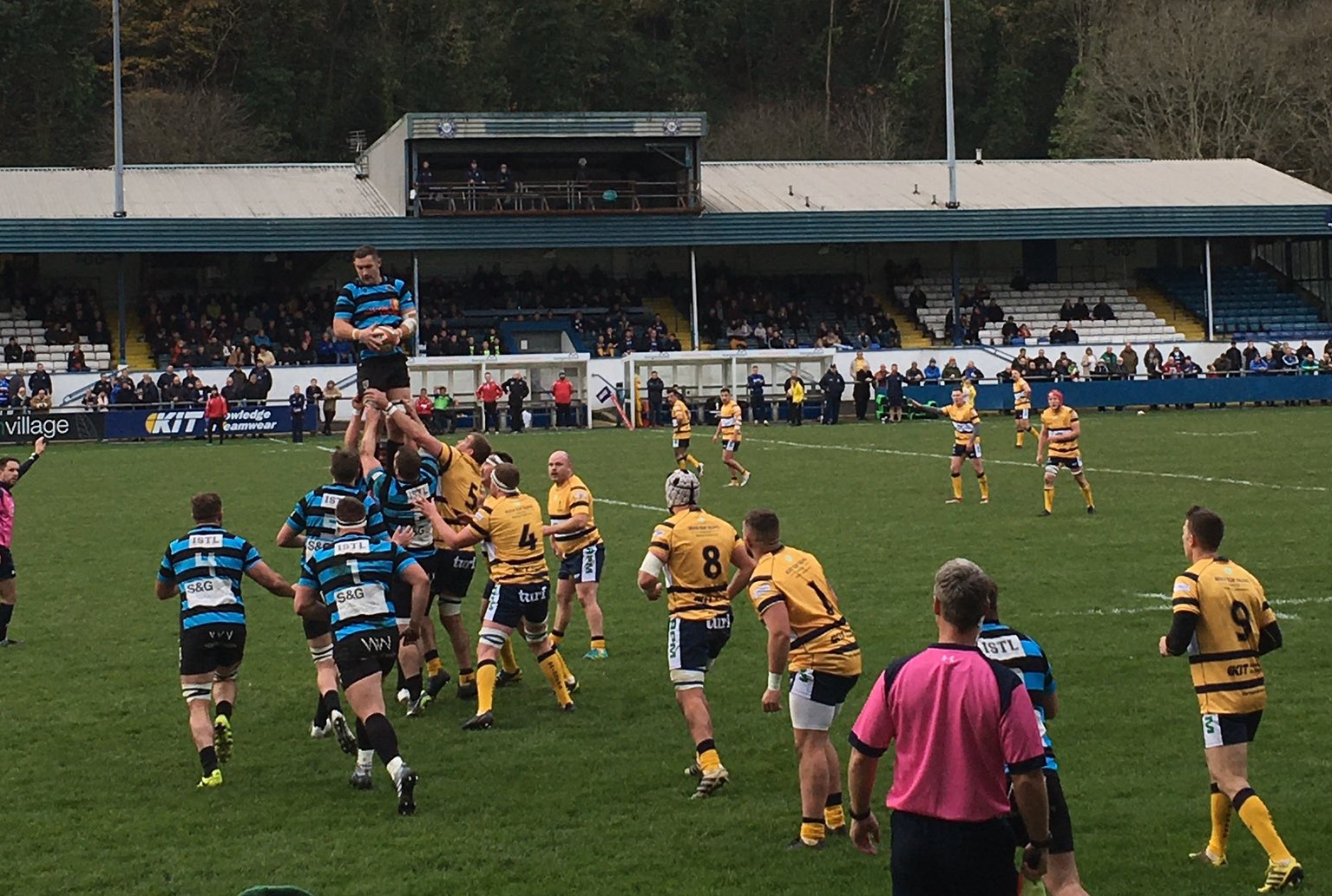 Bridgend Ravens battled but ultimately fell to a strong Cardiff team at the Morganstone Brewery Field on Saturday afternoon.

The league leaders pulled away in the second half despite some immense defensive periods from the hosts. Bridgend’s young side fought until the end and will have plenty of positives to take from the game into the upcoming busy Winter period.

Cardiff dominated the opening 20 minutes, but the Ravens stood firm in defence and scrambled impressively. It was Bridgend that bagged the opening score, pressuring the visitors lineout, Gareth Harvey was able to claim an overthrow and race into the Cardiff half. Joe Grabham carried hard before the Ravens spread the ball wide left. Stuart buy klonopin online reddit Floyd-Ellis straightened the line and burst over for the try.

Bridgend’s lead didn’t last long, Cardiff hit back just two minutes later with a try from Gareth Thompson. The flyhalf was on the end of some neat interplay to dot down, Thompson also converted for a two point Cardiff lead with 25 minutes played.

Cardiff’s Thompson added three from the tee to stretch the visitors lead to five, Cardiff went on to control the remainder of the second half, but more stout defending saw Bridgend hold out. Late in the half Stuart buy cialis https://www.thecourtyardclinic.co.uk/buy-cialis-tadalafil-online-uk/ england Floyd-Ellis was shown yellow for a deliberate knock on, despite the Referee initially awarding a scrum, assistant overturned the decision and the centre was sent to the bin.

Cardiff’s early replacements made a big impact, guiding the visitors to a bonus point win, adding three tries in the second half tries to Bridgend’s one.

Thompson added three with an early second half penalty.

Bridgend Athletic product Evan Yardley then touched down following a powerful maul drive from the visitors, before replacement Sam Beard added his first of two, picking a perfect running line to slice through.

Bridgend gained some much needed impetus from the bench, Dan James making an instant impact breaking away. Multiple phases followed as Bridgend gained ground in the Cardiff 22. Iestyn Merriman was eventually able to dive over for the Ravens second score. Jacob Chilcott converted.

Bridgend are next in action when they travel to Carmarthen Park on Saturday to face Carmarthen Quins, kick off 2:30pm.