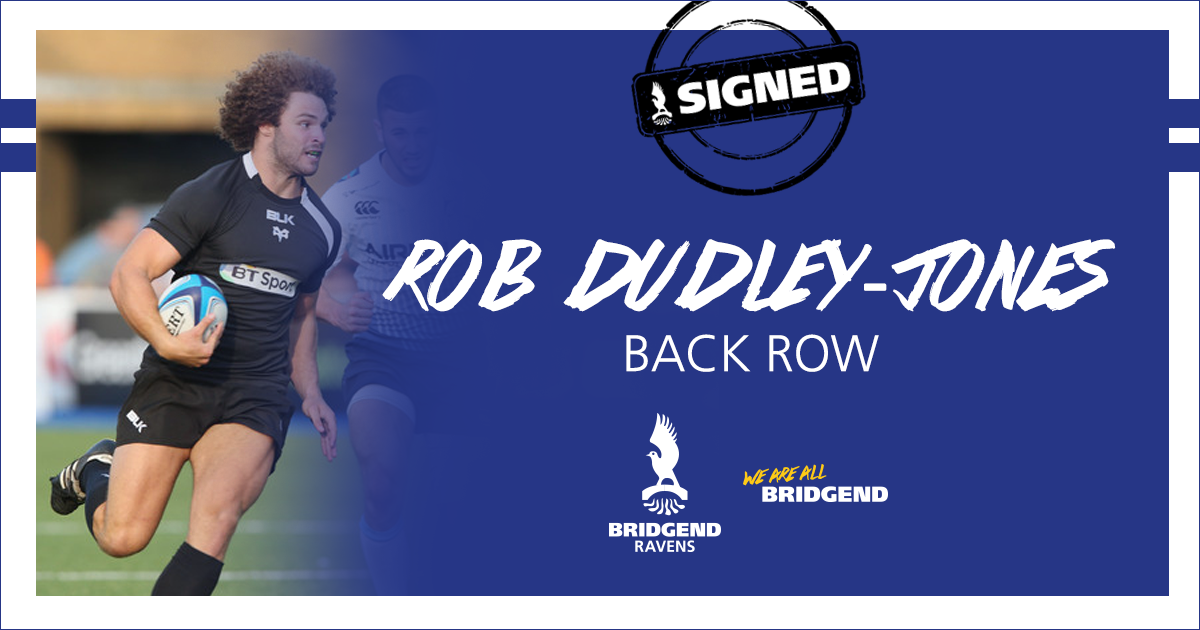 Bridgend Ravens are delighted to announce the signing of back row forward Rob Dudley Jones from Esher RFC.

Born in Swansea, Rob’s association with Bridgend Ravens dates back to when his father, Bob represented the club during the 1970s. The move to Bridgend Ravens is a bit of a homecoming for Rob, whose education saw him study in the borough, where he studied at Bridgend College between 2014-15.

25 year old Dudley Jones joins up with Steve Jones’ squad following a spell with Esher in the English National League 1. His previous rugby CV boasts impressive stints at Premiership level with our Ospreylian rivals Aberavon and Swansea, also receiving recognition and turning out for the Ospreys at regional level. In 2014, Rob was selected to represent Wales u20 in the Age Grade Six Nations Championship; where he made one appearance against England.

His club career saw him spent two years with Swansea between 2012 and 2014 before making the switch to the Wizards that summer following the Whites’ relegation to the Championship. He spent four years at the Talbot Athletic Ground, leaving Jason Hyatt’s side to move across the bridge to further his personal business career and join up with Esher. Rob has forged himself a reputation as a hard tackling, abrasive back forward, able to cover all positions amongst the back row. He will add a key option to a Bridgend pack buy levitra (vardenafil) online suffering with injuries, and desperate to pick up some points to lift them higher up the Indigo Premiership table.

He’s been with Esher for the last 12 months and is now back in Wales and is keen to help his new teammates get back to winning ways on the field.

After securing his return to Wales, Dudley Jones commented ‘I’m looking forward to joining Bridgend for the remainder of the season and playing in what I know as a challenging and tough league. My father also played for Bridgend many years ago, so I’m sure he will have a sense of nostalgia when he comes to watch the games.’

Bridgend Ravens Head Coach, Steve Jones was clearly pleased to add Dudley Jones to his options amongst the pack; ‘We are really pleased as a club to secure the services of Rob.

He’s a proven operator at this level and will really add competition for places in the back row, particularly with our well documented injury troubles.

I am sure he’ll be a huge success and a real fans’ favourite, while helping to develop some of our younger players who have already taken to Premiership rugby like ducks to water. Welcome to Bridgend Ravens, Rob; we as a club are really looking forward to working with you.’