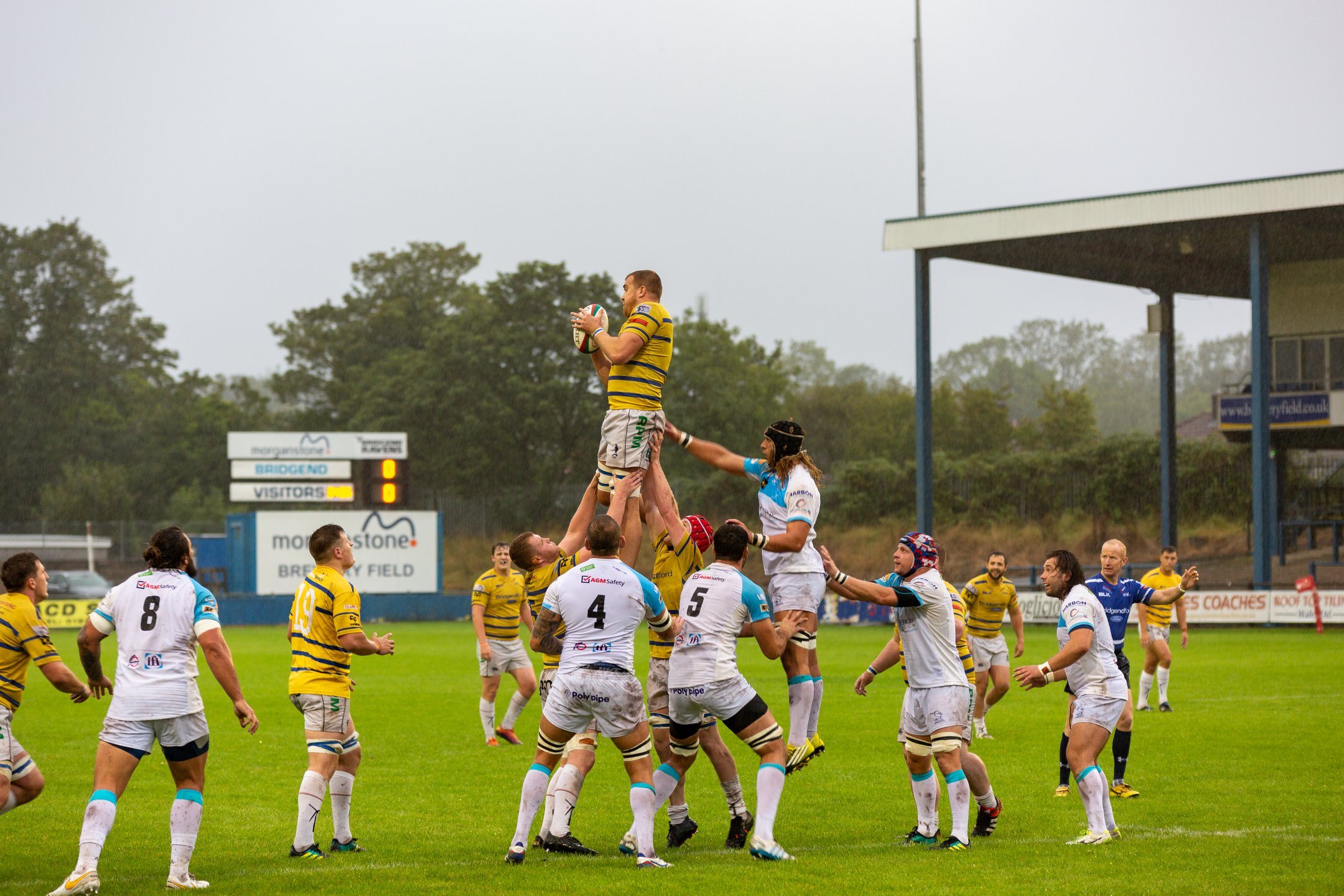 There were plenty of positives for Head Coach Steve Jones and his coaching staff from their first match in charge against a fully professional outfit, in front of a good crowd at the Brewery.

Bridgend named two different sides for the first and second halves, handing debuts to wing Andrew Evans, flanker Joe Davies and props Adam Court and Rhys Forse during the first half. The first ten minutes were cagey with both sides making a number of errors.

The Ravens had the first change to score, but the move broke down after a fine break by Morgan Jones. Doncaster made them pay when wing Tyson Lewis touched down out wide.

There was a positive response from the hosts, who worked well to work an overlap. Some slick hands saw Bridgend create a mismatch in midfield, but the final pass from Joe Davies was well read by Dougie Flockhart who ran 50 metres to dot down under the posts. Olver converted.

The momentum really swung the way of the visitors following the second score and some soft hands put scrum half Tom James away for a third try. Olver was again successful from the tee.

With the half coming to an end, there was still time for James to bag his second of the match from a move that went length of the field. The score was improved by Olver to extend the lead to 26 points as Ian Davies blew for half time.

Bridgend changed things up in the second half and handed buy cialis https://sdarcwellness.com/ambien-zolpidem-online-10-mg/ women Kenfig Hill wing Kris Stenner his debut. The wideman impressed in his first outing with a number of exciting breaks and a hand in Jamie Murphy’s score midway through the half.

The visitors pack was on top throughout and Sam Jones benefitted from a driving maul. Olver popped over the extras before Bridgend had their best spell of the game.

The Ravens had plenty of ball and plenty of chances over the course of the next twenty minutes. With their dominance telling, Stenner made a lightning break and Dan James popped the ball to Jamie Murphy who scored Bridgend’s first try of the new campaign. Owen Howe drop goalled the conversion.

As the game drew to a close, the Knights were able to add two further tries to their tally, both from wing Curtis Wilson.

Bridgend take a week off from competitive action before a final pre season clash with Maesteg Quins at the Morganstone Brewery Field on Friday 30 August at 7:30pm.