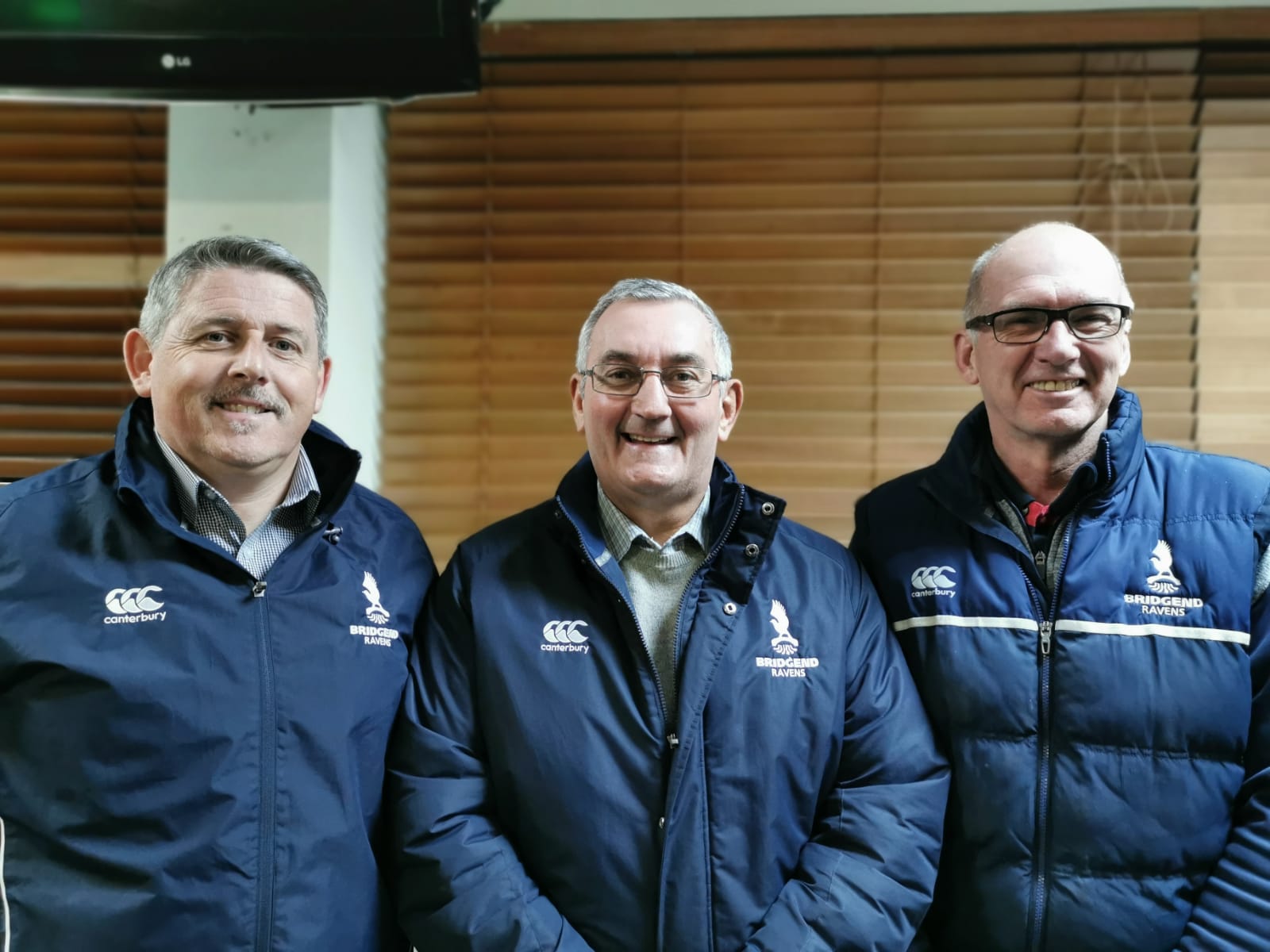 As part of the continued restructuring of Bridgend Ravens, the club can confirm several senior appointments to their management team.

The appointments continue the substantial changes behind the scenes for Bridgend Ravens RFC as the club continues its evolution into a new, exciting era, returning to a members’ run club.

The first appointment is Norman Spain, who takes up the role of Chairman of Bridgend Ravens. Norman has been involved with Bridgend Ravens for 23 years. His professional career saw him serve in the RAF, with his involvement in Bridgend starting in 1996.

His first involvement with Bridgend Ravens was as a Youth Coach. He then progressed to administration of senior rugby with the club, becoming Team Manager when the game went semi professional in 2003. In 2006, Norman had to take a brief sabbatical from rugby duty to tour the Falklands with the RAF, but when he returned, he was appointed Club Secretary.

Norman briefly resumed the role as Team Manager when Bridgend were relegated to Division 1 in 2009 for one season alongside his secretarial duties but handed this over to Wayne Hall the following campaign. He has served as Bridgend Ravens Club Secretary with great distinction for 13 years and now replaces Derrick King, who passed away after a long battle with cancer in the summer, in the club’s most senior role of Chairman.

Owner of Concise Mortgages, an independent financial advisory firm based in Bridgend, Tony Williams takes up the role vacated by Norman of Bridgend Ravens Club Secretary. Bridgend rugby is in the blood for Tony, who has been a keen supporter of the club since the age of 4. Tony would often attend games with his Father, and late Godfather, Derrick King and in the present-day attends games with his two sons, who’ve both represented the club as ball boys.

Tony was previously responsible for coordinating the Bridgend Ravens matchday ball assistants and has been a volunteer with the club for a number of years. At the start of the current campaign, he took over the role of Matchday Coordinator for all home fixtures and will now assume the duties encompassed by the role of the Secretary.

A lifelong supporter of Bridgend Ravens, Robin is currently responsible for managing all aspects of safety at the ground on a matchday for Bridgend Ravens. He has been a volunteer at the club for over 15 years, previously holding a role as Treasurer of the Bridgend Ravens Supporters Club. He has also assisted Norman Spain as Club Secretary and with Stadium Management over the past few seasons. Robin assumes the role of Facilities Director on the board of Brewery Field Ltd alongside Anthony Davies and Hopkin Joseph who both also have strong Bridgend Ravens links.