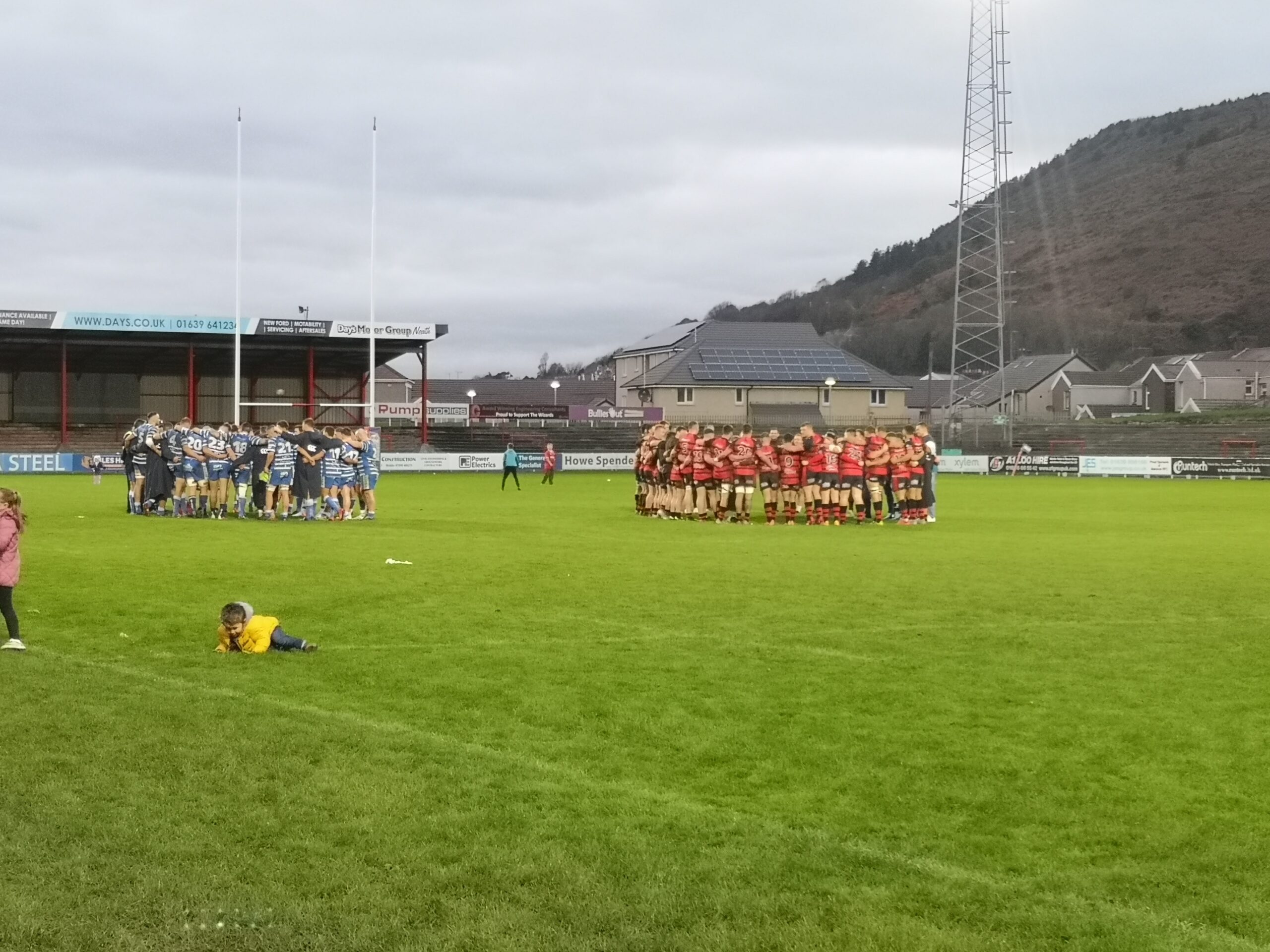 Bridgend Ravens battled but ultimately fell to a 36 points to 15 defeat at the Talbot Athletic Ground on Saturday afternoon.

Bridgend lost Curtis Hicks early to injury, both team’s medical staff worked hard to ensure Hicks was well cared for before being stretchered off. We all wish Curtis a speedy recovery.

Following the lengthy delay, both teams seemed tentative, but it was the home side that scored the first points just before the 20 minute mark. Chris Banfield knocked over a penalty before the Ravens struck for the game’s first try.

Bridgend punished an Aberavon mistake, the kick directly to touch handed the visitors great field position to launch their attack. Jacob Chilcott’s sublime pass set Caine Woolerton away down the wing. The flyer found Edd Howley who touched down with Chilcott adding the extras.

The hosts hit back with two tries before halftime, a powerful maul drive saw Ieuan Davies dot down, followed by hard pick-and-go carries from the Wizards forwards leading to a Lloyd Evans score. Banfield converted Evans’ score to see his side head in at the break with a 15 points to 7 lead.

Chilcott added a 50 minute penalty edging Bridgend to within 5, but the table toppers showed their pedigree late on. Rhys Fawcett touched down with Banfield adding the extras stretching the hosts lead to 12.

Bridgend, feeling the need to spread the ball in an effort to find a gap saw a looping pass intercepted by Frankie Jones, the wing raced over for the try. Banfield again converting.

Bridgend added a second with time nearly up through replacement Harvey Nash. The Ravens maul effort was stunted but the lively young scrum half broke blind to score.

As the match came to it’s conclusion, Aberavon added another try. Stef Andrews showed too much pace to score out wide.