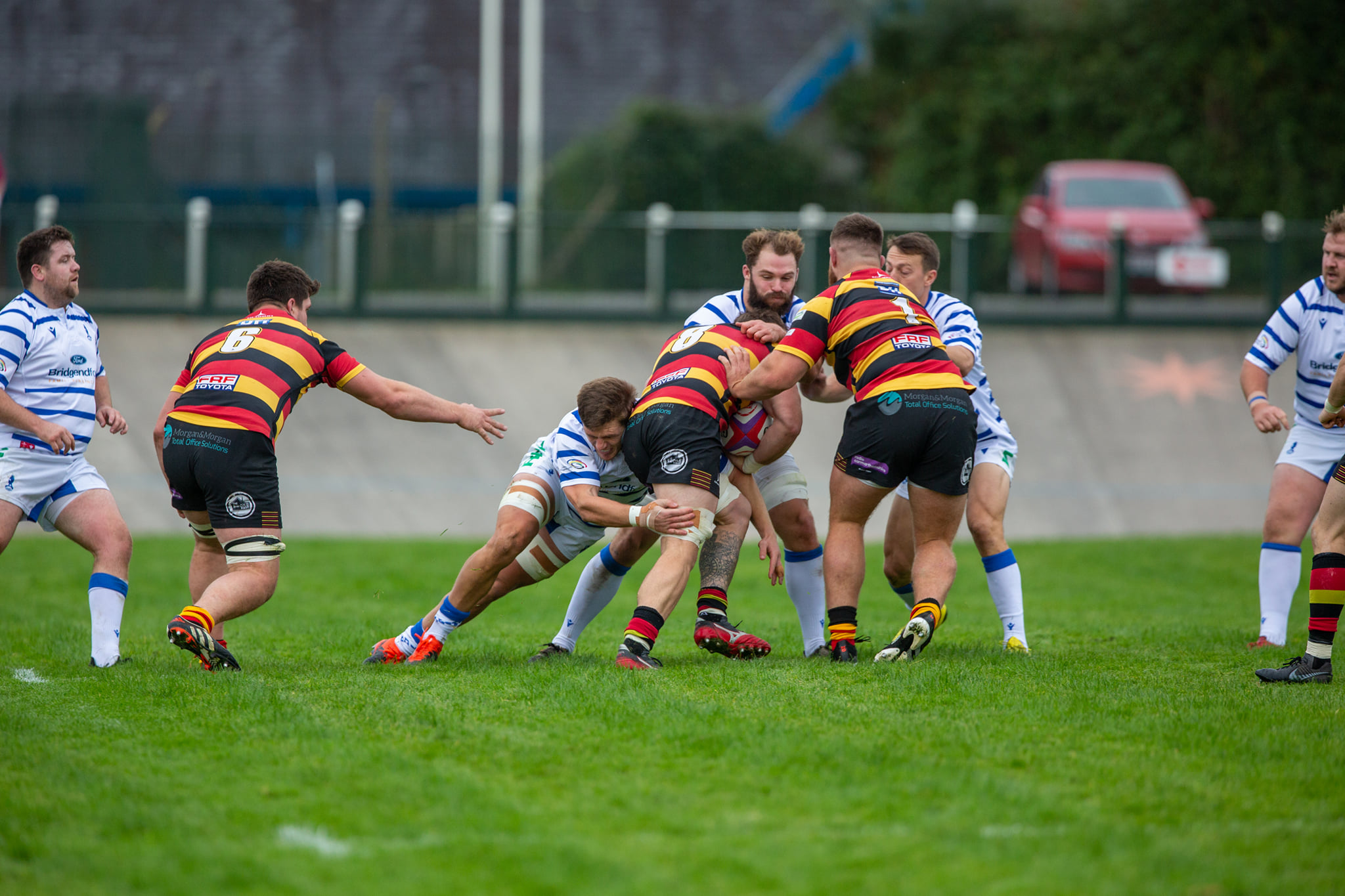 Carmarthen Quins complete the double over Bridgend with a strong 27pts to 12 victory.

A strong defensive performance from Carmarthen ensured they did the double over Bridgend in a comfortable home victory.

Bridgend started brightly winning a penalty just short of halfway. Owen Howe kicked superbly to put the away side ahead.

Bridgend continued their pressure when scrum half Chris Williams charged down Josh Batcup’s kick. Bridgend went through the phases before winning a penalty five metres out, which Howe converted.

Jamie Murphy limped off injured for Bridgend after 15 minutes and was replaced by Paul Short to make his competitive Bridgend debut.

Carmarthen reacted to going behind well, they had numerous chances inside the Ravens 22 however, Bridgend defended superbly.

Quins’ pressure finally paid off when Torin Myhill took the ball off the back of a lineout and passed to Nic Reynolds, whose pass was questionably forward but found winger Josh Davies who scored under the posts. Jac Wilson converted.

Bridgend replied through a third Owen Howe penalty, giving the away side a 7-9 half-time lead.

Just three minutes into the second half Carmarthen scored their second try. Leon Randall broke from his own half before offloading to scrum half Rhodri Davies, who was brought down metres before the line. They went through the phases patiently, before prop Kemsley Mathias powered over, with Wilson converting.

Bridgend ventured into the Quins half a few times but couldn’t break down a rock-solid Quins defence.

Carmarthen controlled the second half brilliantly, with Wilson slotting another penalty over the posts, giving them an eight-point lead.

The home side’s pack showed their strength in the final minutes when they drove 40 metres from a lineout, only to be brought down illegally by Dafi Davies, who was shown a yellow card for his action.

From the resulting penalty Quins kicked to the corner before setting up another driving maul, substitute hooker Lewis Morgan was the man to benefit with the final score of the game to give Quins a deserved victory.

The Indigo Premiership Cup takes a break next weekend, with Bridgend next in action when they host Llanelli on Friday 5th of November while Quins travel to Llandovery a day later.