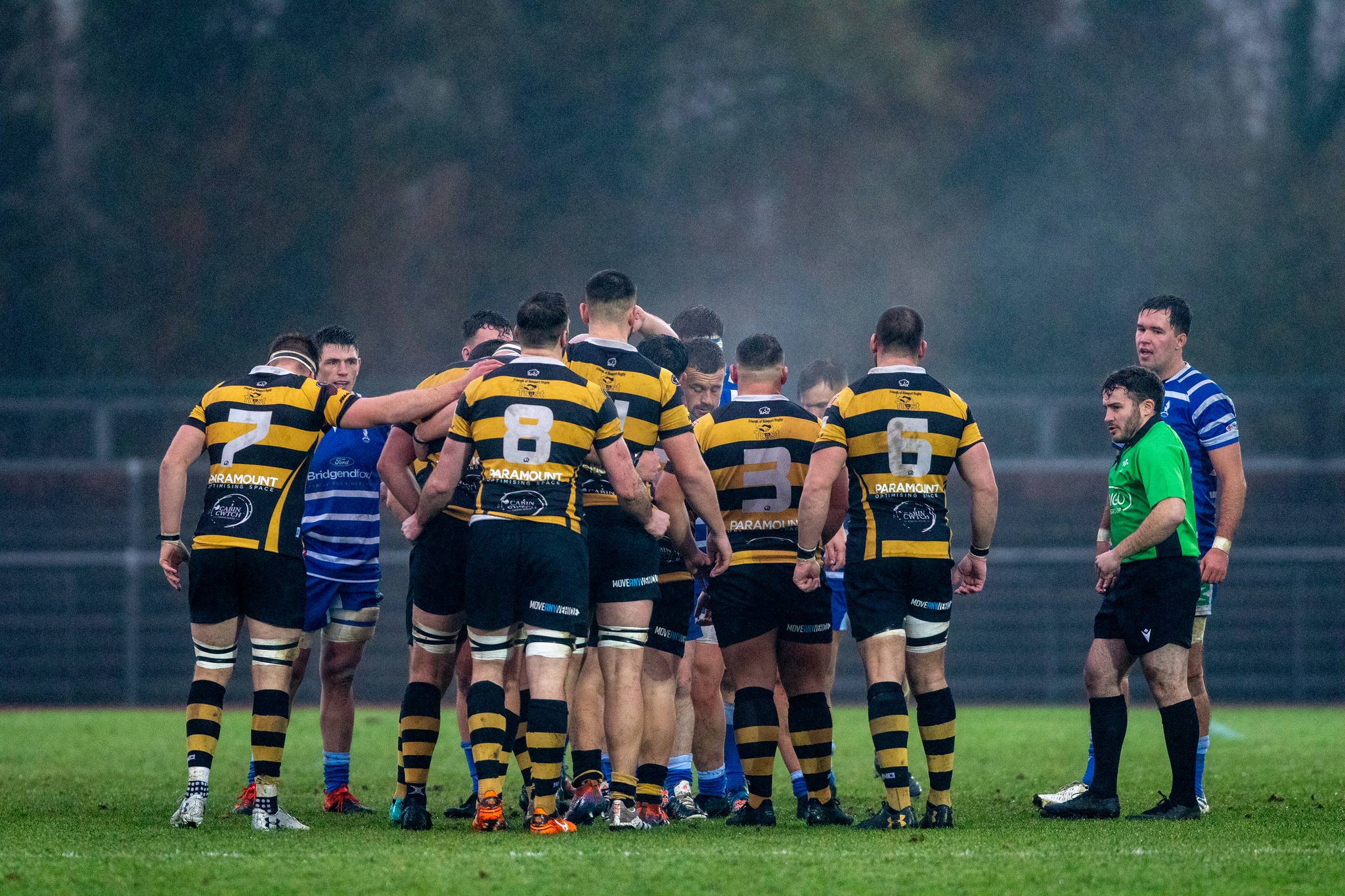 Bridgend’s first trip to Newport Stadium ended in defeat as the visiting side struggled with the Newport Pack’s power. Despite leading at half-time, a scoreless second half saw the Ravens downed by 25 points to 9.

It was the unstoppable power of Newport’s maul that saw Bridgend concede at the 15 minute mark, a feature of Newport’s game that the Ravens simply couldn’t stop. The hosts lineout drive was a weapon that the black and amber’s went back to time and again throughout the match.

Matthew Jones added three penalties to see the Ravens head in at half-time with a two point lead, but this would prove a fragile lead as the second half domination from the hosts saw the Ravens fail to add to their score.

The opening minutes of the second half saw Newport take the lead, another maul drive sealing the score. The hosts would go on to dominate the remainder of the tie. Though spirited defending at times saw Bridgend hold on for long periods.

Will Reed added two scores from the tee to further extend the Newport lead before a final try arrived as centre Matt O’Brien touched down.

It was a tough first league outing on paper as Newport finished top of the Premiership Cup East table, but Bridgend would have hoped for a better performance with confidence on the up following their final day clinching of a Premiership Cup Quarter final spot, which will see them travel to Newport Stadium for a second time this season, in the New Year.