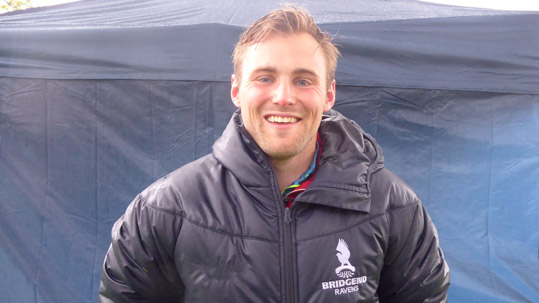 The 25-year-old had five years at Cardiff Met and also had a spell out in Australia with Manly Marlins beforehand.

On joining the Ravens, he said, “I’m very excited to be joining a club like Bridgend, I’ve got a lot of family history there with my Father and Grandfather both playing for the club.

“I can’t wait to get started there, it’s been a while since I’ve played because of COVID, I want to give my all for them next season and kick on from there.”

Looking towards the new season, “With the signings we’ve made, the club only seems to be going in one direction and that’s the top of the table. I have the confidence we can compete with the top teams and push for the top six and if not further.”

On pulling the Bridgend jersey on for the first time, “It’ll be a very proud moment for me and my family, hopefully that opportunity comes soon.”

The former Met graduate, who was named in the 2018/19 BUCS team of the season, spoke about his time in Cyncoed, “The best thing about Cardiff Met, it was as professional as it could be without https://sdarcwellness.com/buy-prednisone-online/ actually being professional. The way we trained and were managed it just prepares you for top level rugby. They put me in a really good place having been there for five years, hopefully I can take what I’ve learnt there and put it into a Ravens shirt.”

On the management at the Brewery Field, “I’ve only spoke to Ed Griffith and Alun-Wyn Davies so far. Alun-Wyn has seen me play a few times for Uni, with him being the previous Cardiff University Head Coach. It was to great to have a chat with them and see the vision of the club and how it wants to move forward. I’m looking forward to starting training and getting stuck in with the boys.”

Head Coach Steve Jones commented on the signing, “Tom comes to us with a glowing endorsement from the coaches at Cardiff Met. He is an exciting talent, a dynamic player with a lot to offer.

“He has shown great resilience and determination having sustained a serious leg injury a few seasons ago. It is a great opportunity for him, and we are excited to have him on board.”