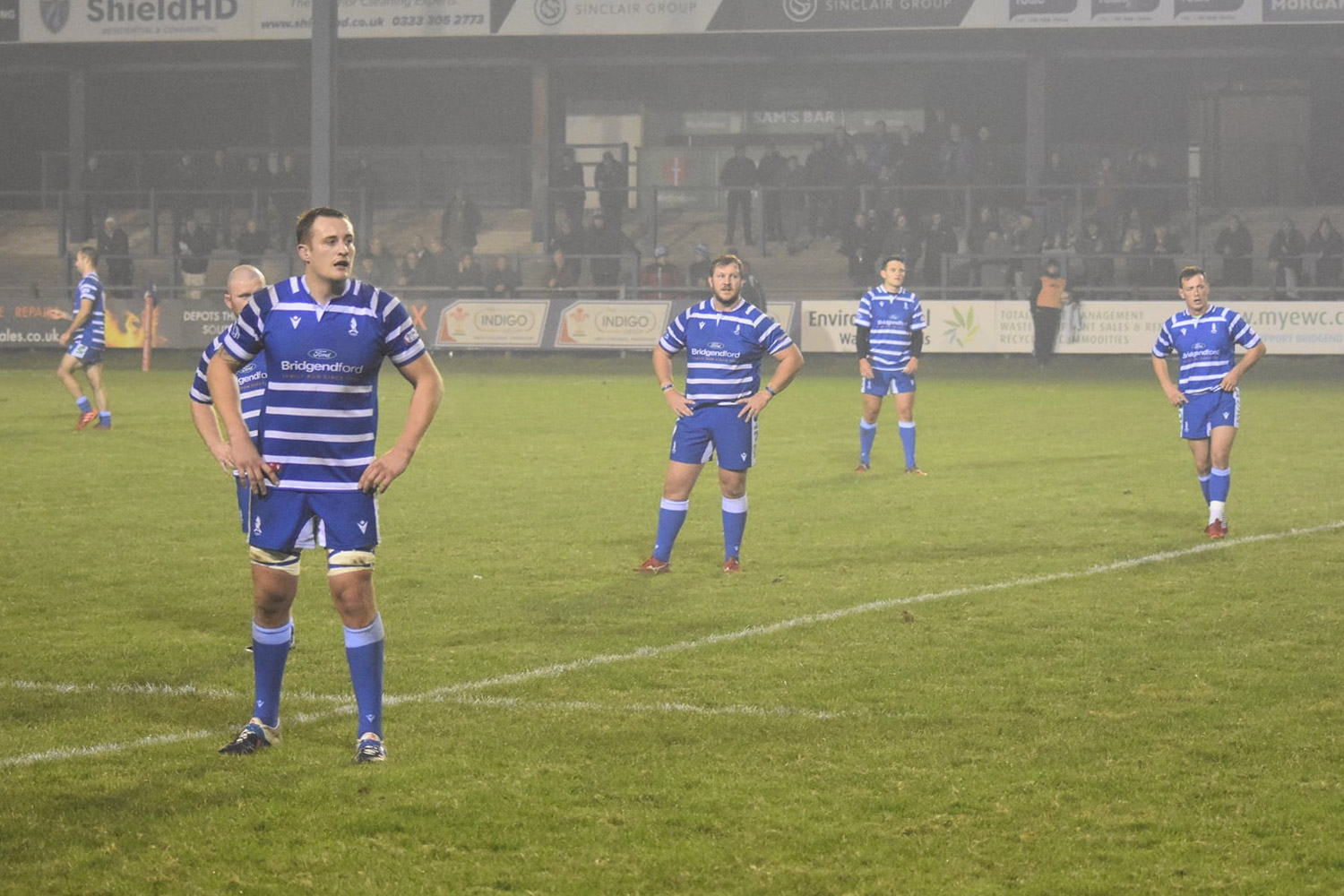 Bridgend Ravens won their first home game of the season with a resounding victory over Llanelli at the Timbuild Brewery Field.

Bridgend & Llanelli sat in 5th and 6th at the foot of the Welsh Premiership Cup West table coming into their round seven clash this weekend. However, both clubs have stated their focus for the competition is building the solid foundations for the start of the regular (although shortened) Welsh Premiership season that kicks off at the end of the year.

Llanelli, yet to win a game in the competition, were coming in confident as forwards coach Phil John explained “if we can play the way we want to play and on a night like tonight in good conditions there will be an opportunity there for us”.

In the reverse fixture, Bridgend claimed a narrow 18-21 victory at Parc Y Scarlets and Ravens outside half Matthew Jones remained wary of the threats that Llanelli bring saying; “We had a narrow victory down there. They’re a good side who play a really good, positive style of rugby and they’ll bring energy and physicality, so we’ll have to match that and go beyond to win tonight”.

Bridgend started on top but two penalties, first at the maul, then one for offside allowed Llanelli flyhalf and skipper Ioan Hughes to kick Llanelli 60 metres up the other end of the field and after a few minutes of pressure centre Iwan Evans caught a Hughes cross field kick and seemed to be in only for referee to bring play back as Evans was deemed to be in front of the kicker.

The first points were scored in the 14th minute after a first phase backs move hit fly half Matthew Jones out the back who fed Edd Howley who nudged through a perfectly hit grubber for wing Caine Woolerton to gather and score in the corner.

In the 20th minute, Bridgend added to their lead as experienced hooker Gareth Harvey scored his first of three tries from a driving maul. Jones added the extras after missing his first conversion from a similar position.

Llanelli got their first points on the board eight mins later through Josh Phillips. Captain Hughes converted from in front of the posts.

A penalty in front of the posts from Hughes brought Llanelli back to within two points and they seemed to be establishing a foothold in the game but within a matter of minutes Bridgend had crossed for their third try of the evening through Joe Gatt. Converted by Matthew Jones.

To make matters worse for Llanelli they had also lost flanker Jacob Lewis to the sin bin just before.

Lewis was joined in the sin bin by Bridgend flanker Aled Evans just before half time with Hughes again adding the subsequent penalty.

As Jacob Lewis returned for Llanelli, Maltese international Rhodri Apsee became the second Raven and third player overall to have ten minutes on the sideline.

The second half began as the first had finished. Llanelli put pressure on Bridgend leading to yet another three pointer from Hughes.

Kieraan Martin was the beneficiary of yet another driving maul in the 53rd minute, Jones added the conversion to make the score 26-16 and secure their bonus point.

The referee sent yet another player to the sin bin as Dylan Lawley became the second Llanelli player to receive a yellow card for indiscretions at the ruck area.

On the hour mark Bridgend crossed again through Gareth Harvey and Owen Howe who had just entered the field for injured Tommy Morgan added the extras.

Morgan MacRae, who scored two tries in the reverse fixture became the fifth player to receive a yellow card after giving away two cynical penalties in quick succession.

Bridgend put the game beyond any doubt in the 68th minute as Harvey crossed for his hat-trick try on the back of another driving maul.

The game was rounded off in spectacular style as Chris John won a lineout on halfway lineout and as he landed was met with a massive hole in front of him. The second row galloped through and passed to his second-row partner Martin to cross for his second of a very entertaining game.