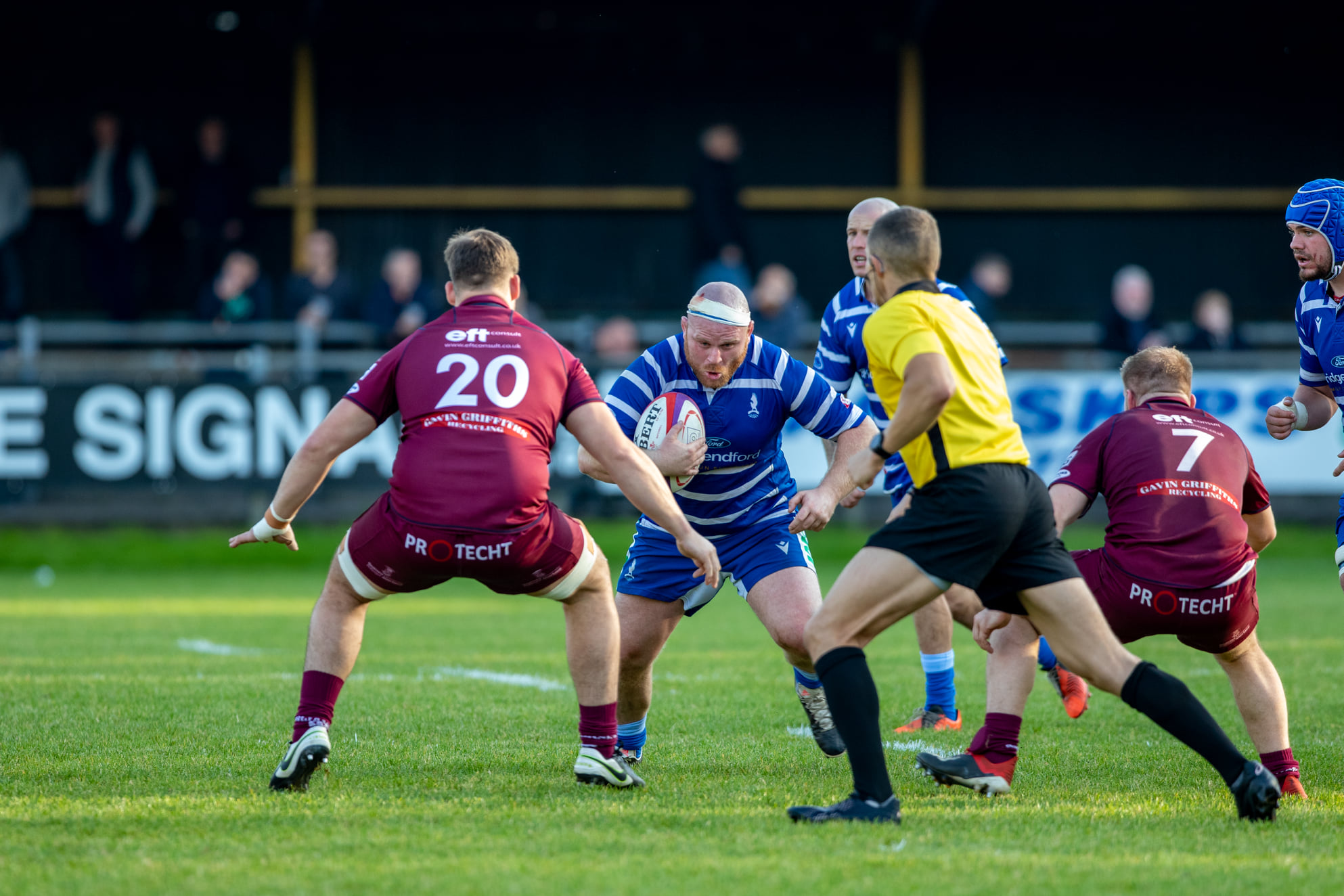 Bridgend Ravens head to St Helen’s on Saturday to face Swansea in a winner-takes-all derby with Swansea (2:30pm).

The Ravens and All Whites go head to head to decide which side will finish fourth and take their place in the Indigo Premiership Cup quarter final, to be played next year on a date to be announced. The winner of Saturday’s game will travel to the top seeded side in the East conference, likely to be Newport or Cardiff.

Swansea put themselves in pole position with a narrow win at Parc y Scarlets against bottom side Llanelli last weekend. They scored three tries in a 27pts to 19 victory to put them two points clear of Steve Jones’ side. They have won three games this year; twice against Llanelli and once in the reverse fixture against Bridgend when a second half frenzy saw them take a bonus point win back to SA1 35pts to 17.

Bridgend will be bitterly disappointed to have not put on a better performance on Friday evening at the Timbuild Brewery Field, where Llandovery became the latest team to secure a bonus point win. The much changed Drovers were almost out of sight at half time after three first half scores, with Bridgend’s only reply being a try from Man of the Match Chris Williams, converted by Owen Howe. They know that they will need to be much better if they are to come away victorious against Hugh Gustafson’s side on Saturday afternoon.

Steve Jones makes a number of changes, some enforced and some positional for the all Ospreys Derby. Edd Howley switches to full back, with Cameron Ellis drafted in and Caine Woolerton making up the back three. Tom Morgan makes a welcome return from injury to pair up with Joseph Gatt in the centre. Veteran Matthew Jones is also in from the start, selected alongside last weekend’s Man of the Match Chris Williams at half back.

Rhodri Apsee and Gareth Harvey keep their place in the front row, joined by Cai Lewis. It’s all change in the second row as Chris John misses out with injury. In come Kieran Martin and Matthew Davies. The backrow comprises captain Zac O’Driscoll, Dafi Davies and Aled Evans.

Bridgend are bolstered by the return of Ospreys youngsters Harvey Nash and Tom Florence amongst their replacements following the conclusion of the regional development block of matches.

There’s a supporters bus travelling to Saturday’s game and there are limited spaces available to travel. The bus will leave the Timbuilld Brewery Field at 12:30pm, returning 30 minutes after the conclusion of the match. If you’re interested, please contact Aled Thomas on 07532196963 as soon as possible.