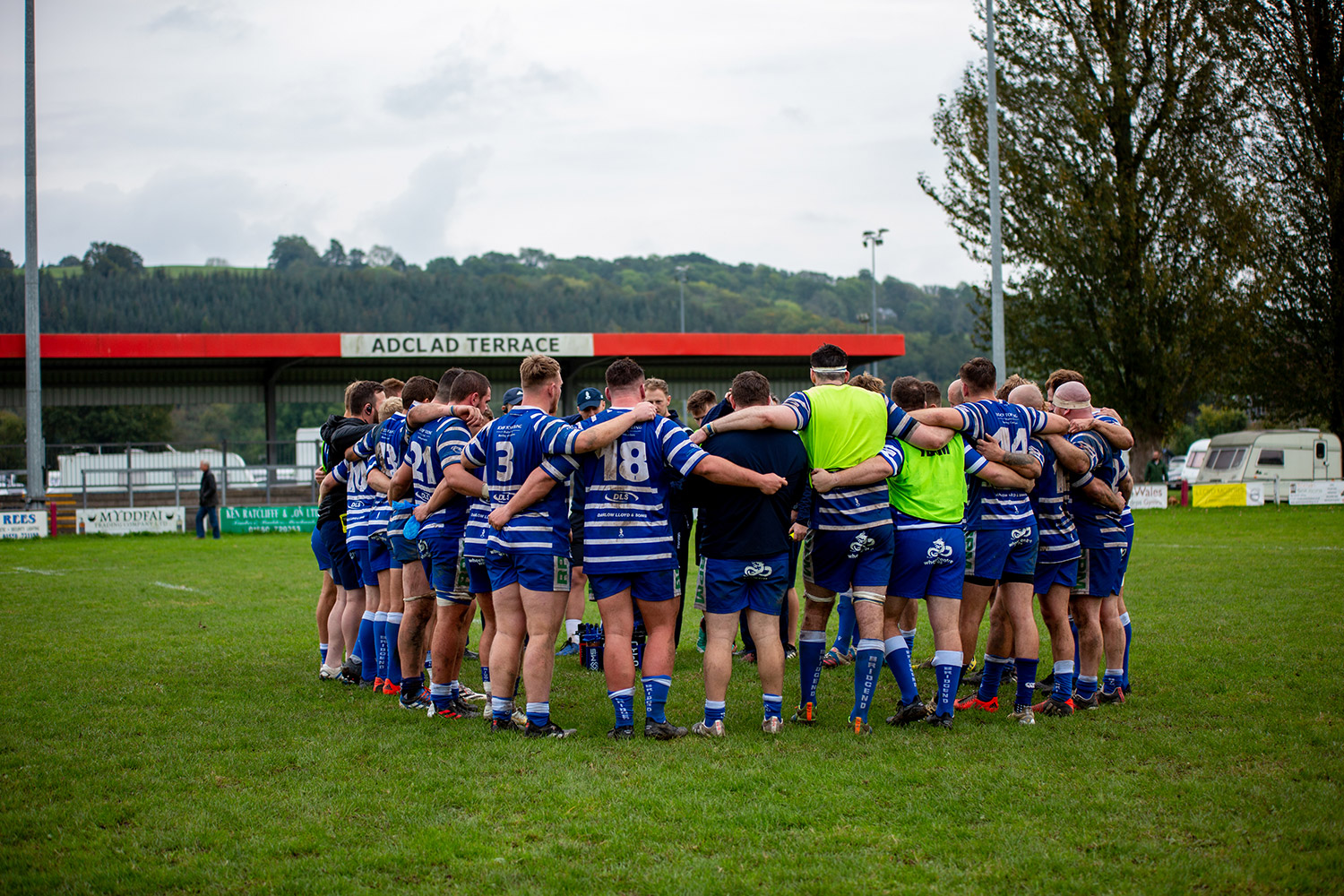 22 Oct Team to face Carmarthen (A)

Bridgend Ravens will be looking to continue their fine form away from home when they visit Carmarthen Quins on Saturday afternoon (2:30pm).

Bridgend have lost at home three times so far this season; to Carmarthen Quins, Aberavon and last weekend to Swansea, but have wins against Llanelli and Llandovery to their name away from home. The victory at Llandovery – coming from 19pts to 5 down at half time to win 19pts to 25 in particular will be one that lives long in the memory of Bridgend supporters.

Carmarthen were the latest side to beat Llanelli last weekend in a narrow 27pts to 24 success at Parc y Scarlets. They scored tries through Javan Sebastian, Rhys Lawrence and Rhodri Davies – Jac Wilson’s boot providing the rest of the points to see his side to victory.

Carmarthen won the game between the sides played earlier this season by 38pts to 15. The Ravens led at half time with tries from Jamie Murphy and Tom Morgan, but were brushed aside in the second 40 as the Quins stormed over the whitewash six times to earn a bonus point win.

Steve Jones takes the opportunity to rotate his squad once again as he looks to fine tune preparations for the start of the league campaign in December. Owen Howe comes in at full back, with Caine Woolerton, back from injury and Dewi Cross alongside him in the back three. After two Man of the Match performances in the opening two games, Tom Morgan is picked at 12 to pair up with Stuart Floyd Ellis. Jamie Murphy and Chris Williams are the half backs.

It’s all change in the front row as Rhodri Apsee, Lee Murphy and Cai Lewis are selected. Chris John and Kieran Martin retain their place in the second row. Club Vice Captain Zac O’Driscoll leads the side on Saturday; Hemi Barnes and Rob Dudley Jones his back row compatriots.