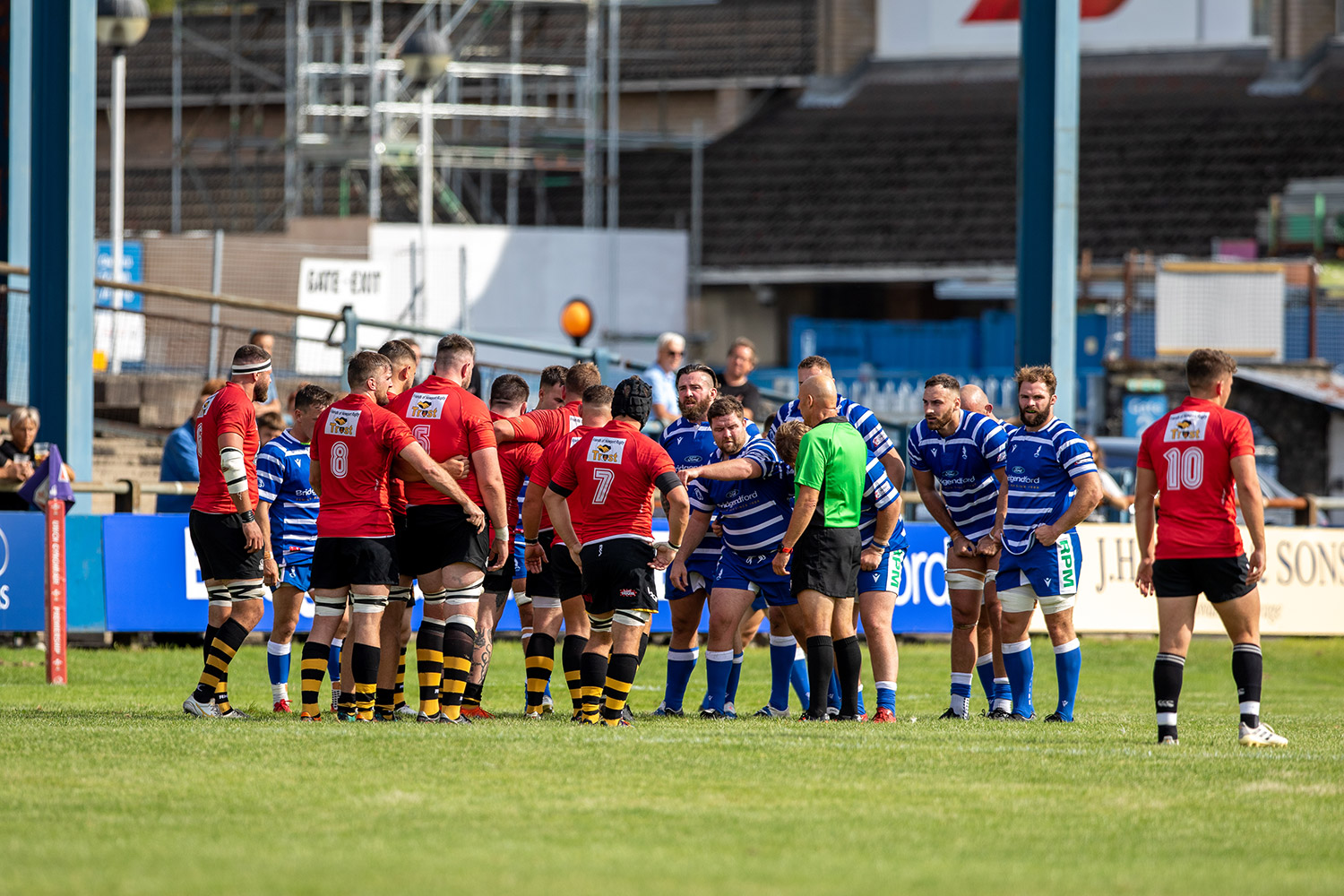 The Indigo Premiership League campaign gets underway on Saturday afternoon for Bridgend Ravens when they make the trip to Newport Stadium to take on Newport (2:30pm).

Ironically, Bridgend will make the same journey next month in the Quarter Final of the Indigo Premiership Cup Competition. The Ravens booked their place in the knockout stages with a victory at St Helen’s last time out by 13pts to 20 after Edd Howley’s stunning solo effort helped his side take all four points. The win was Bridgend’s fourth of the Cup Group stages and was enough to see them leapfrog the All Whites into the playoffs.

With the cup taking a break, all attentions firmly switch to the start of league action – with Bridgend’s festive period seeing them take on the challenging schedule of Newport away, Merthyr and Aberavon at home and Llandovery away.

The Black and Ambers have been in sublime form this season, seeing off Cardiff to win the East conference of the Cup Competition. They won 8 out of their 10 league matches, with a comfortable 48pts to 10 bonus point victory over Ebbw Vale at Newport Stadium last weekend securing their position at the summit of their conference.

The sides met in September in a pre-season tie at the Timbuild Brewery Field. In an open game, with both sides making numerous changes, it was the visitors who came away with a 28pts to 19 win. Bridgend trailed at one stage by 21pts, but Tom Morgan, Edd Howley and Caine Woolerton all scored tries to set up a nervy last 10 minutes. Newport showed their clinical edge, scoring a late penalty try to take the game away from Steve Jones’ side.

Bridgend make a few changes to the side that beat Swansea last time out. The back line shows two changes; Stuart Floyd Ellis takes the 13 jersey and Ospreys Scrum Half Harri Morgan continues his return to play following a long term injury, lining up at scrum half.

The most change is amongst the forwards; Owen Jordan, Gareth Harvey and Ospreys youngster Ben Warren make up a powerful front row. Hemi Barnes and Huw Thomas pair up in the second row and Dafi Davies, Zac O’Driscoll and Reuben Tucker make up the back row.

There could be a Bridgend debut for Wales age grade international Carrick McDonough, who is named amongst the Ravens replacements.